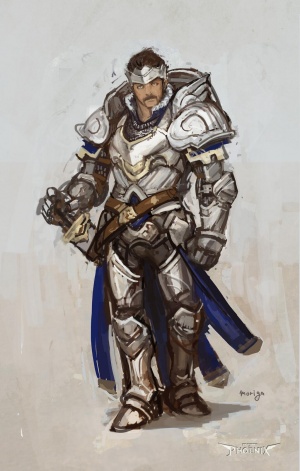 Lance Guilliman belongs to a sacred order of knights whose oath upholds the ideals of chivalry, serving more as protectors and defenders rather than offensive might. Because of this idealism, their numbers are few, but they command a great deal of respect in the Kingdom of Stern. Lance's conduct is considered exemplary amongst the Order and if he has any weakness at all, it's being unable to say "no" to anyone in need, even if it puts a great burden upon him.[1]